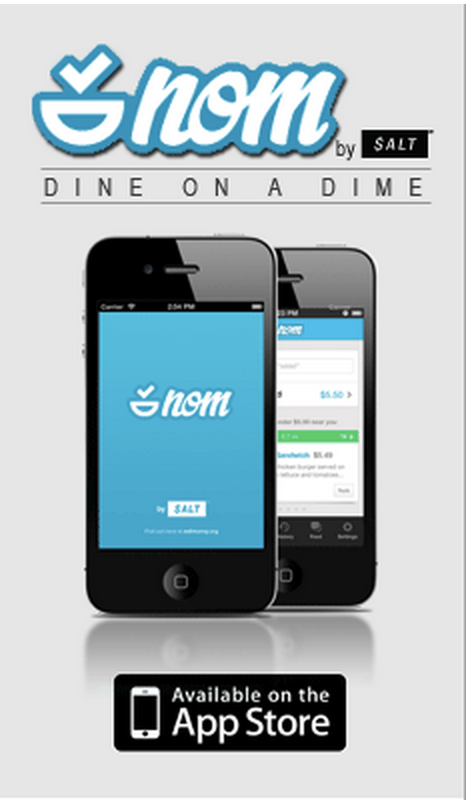 ASA developed an app named “Nom” which had a decent run on the app store. The idea was the user would set the maximum price they were willing to pay for food, and the app would pull in all the cheap eats near them via geolocation, allowing them to “dine on a dime.” I contributed to naming, writing, and concept.